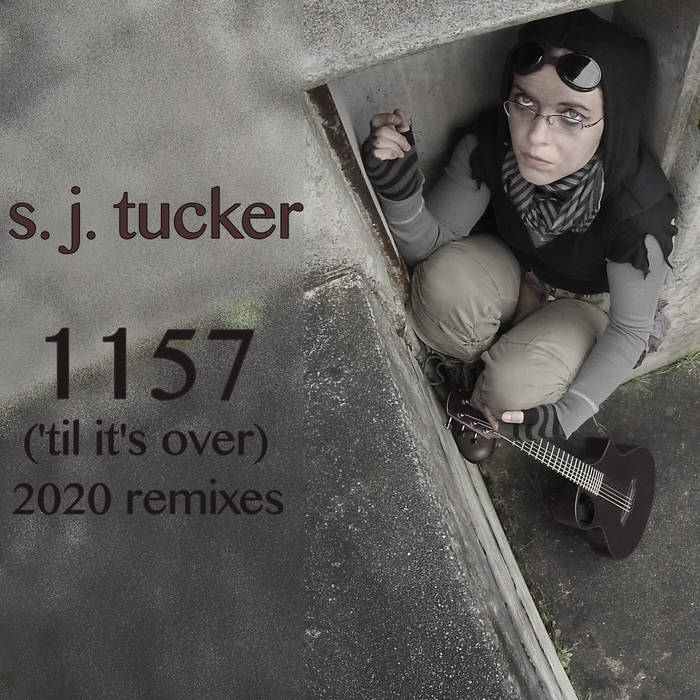 Beltana Spellsinger This song made quite an impression on me. It's one of my absolute new favorites from Sooj... I'll be listening to it over and over. ❤

rhymershouse This album is amazing. And I needed it right now. Thanks, Sooj.

"Hold me 'til it's over. How much time 'til Doomsday comes?" These words form the backbone of "1157" from its tense acoustic intro to its full-on rock conclusion. Originally released as part of 2016's Green Album, an indie compilation which has helped Rainforest Trust secure the funding to conserve more than 10,000 acres of rainforest to date in the DRC and elsewhere, this song's purpose has always been to help listeners process & survive those things which terrify us. Singer-producer S. J. Tucker hopes, with this remix release, to lend emotional support to all who need it in our so-far perilous new century and oncoming new decade. Find community you love, build upon it, cherish those who help you maintain it, and your hope can never completely die. We can survive whatever comes as long as we take care of one another, no matter the time on the Doomsday Clock.

From S. J.'s blog, when she first completed writing the song in early 2015:
"I don’t usually write songs that frighten me, but this one is the essence of turning one of your nightmares (one that isn’t necessarily far fetched, to be exact) into art...My intent is to share and to deal with the things that frighten me, in an artistic way, as a citizen of the modern world, in hopes of comforting others who suffer from the same fears. I am not a conspiracy theorist or a fatalist. I’m just a songwriter who’s chosen to take this particular subject matter very seriously."