The Feast of Krampus 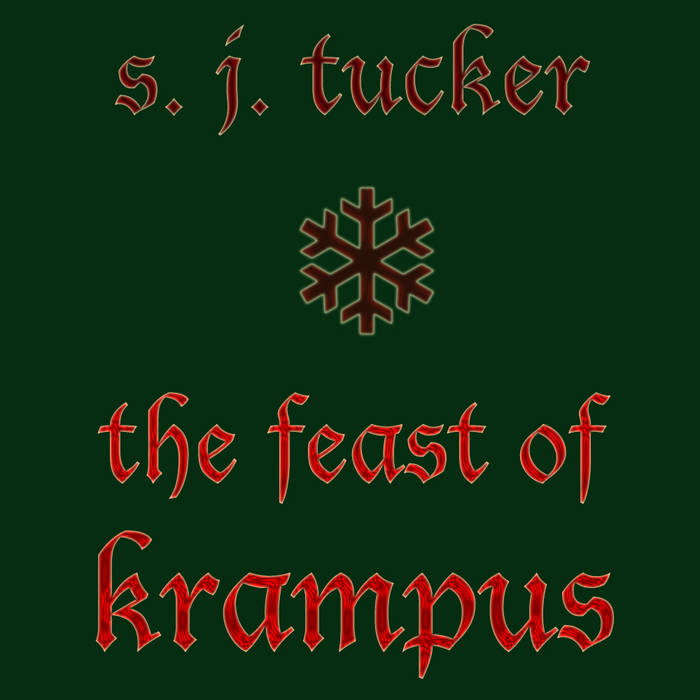 mofomcduck bought for my friend Walter to go with his Krampus Yule sweater.

I've wanted to write a Krampus carol for ages.
This dude: publicdomainreview.org/collections/greetings-from-krampus/
He's big in L. A. lately, and also at the box office, but his roots are in Scandinavian and German Alpine folklore, where he's either Santa/St. Nicholas' right hand man, Loki's grandson, or both. There's more to the story, of course. There's always more.

Other notes:
-This is a song about Krampus, but it is not inspired by the Krampus movie. While I'm fine writing songs about the source material, I am not brave when it comes to horror flicks. So I will probably not see the film. One Krampus-inspired film I DO love is a movie from Finland called Rare Exports, which looks at the legend with equal parts horror and humor (and allows the nerdy kid to save everyone's butts). I recommend it.

-I borrowed the cello you hear in the mix from a Betsy Tinney cello tune, just released on her new record, Wyverns in the Winery. I love collaborating with Betsy every chance I get, but this is actually the first time I've sampled from one of her tunes. Betsy's song is called "A Dalliance with Darcy", and I used cello licks from the very beginning and very end of the song, with her blessing. You can hear the rest of Betsy's piece, along with her whole brilliant catalogue, at her website: stealthcello.com Betsy's Patreon supporters get exclusives and all sorts of stuff as well. Check that out here: www.patreon.com/betsytinney?ty=h

Teeth and claws and switches and chains
For the wicked kinder there is no escape
The feast of Krampus comes but once a year
It begins tonight. Krampus walks
And he will not be denied.

Some say he rises from below
But not from the hell that little angels know
Loki's grandchild comes by night.

Far more than an empty threat
Far worse than a lump of coal
If he hasn't found you yet, sit tight.

He'll skin you slowly or he'll swallow you whole
Perhaps you'll get off easy, perhaps you won't.
Stinking breath and pointed tongue
It begins tonight. Krampus comes
and he will not be denied.

Ice and fire hunting,
terror and regret
No gentle ghost of Christmas past

Teeth and claws and switches and chains
For the wicked-hearted there is no escape
The feast of Krampus comes but once a year
It begins tonight. Krampus walks
And he will not be denied.