from Witchy Ways: an October Mix​-​tape by S. J. Tucker 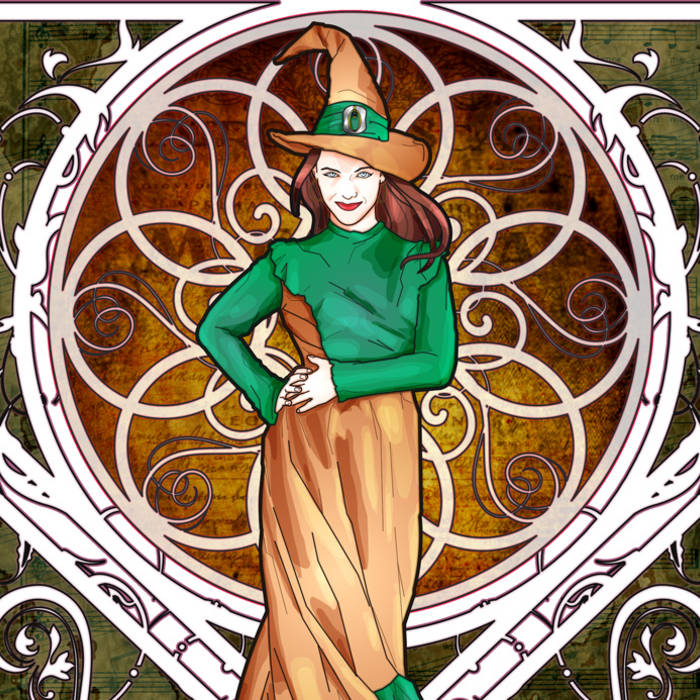 "Keep a close eye on her Witchy Ways! She'll surprise us all one day!"
Recorded and released as part of the MISCHIEF album in 2010, "Witchka" is one song that grew to be something entirely other than what inspired it. It started with the words of a small child and ended with the image of a beautiful goth girl/priestess-in-training who's coming of age, stealing hearts as she goes. Read more at: s00j.livejournal.com/214752.html

A portion of all download sales of WITCHY WAYS goes to support Wolf Haven International, as part of the Online Hallowe'en Artists' Studio Trick-or-Treat.

Sweet sixteen and here she comes; I see the
candlelight from her window.
She just bought her first book of spells--
one step further from the wishing wells of
childhood. She's a woman grown.
I tell you, girls, if I had known,
I'd do it all over exactly the same.
She walked into my life and I sang

Witchka! Where have you been?
Tell me 'bout the trouble you've been in!

Twenty-six and mad as hell,
who'd'a thought that I would fall for this
turned-around, pouty-lipped Tinkerbelle?
One step further from the wishing well, but
what's her coven gonna say?
All I know, when I see her face, she makes
every little fairy princess fade away.
Here she comes, and I say

Book of shadows and a lock of hair,
she holds me there, she does not care.
Witchka!

From her little pointy boots to her pouty lip,
you can tell she's thinking herself the shit.
Well, who am I to teach her to watch and wait?
A witch decides a witch's fate.
She's gonna learn the hard way--that's all right.
She says she likes it hard some nights.
Keep a close eye on her witchy ways.
She'll surprise us all one day!

Book of shadows and a lock of hair,
she holds me there, she does not care (2x)
Sweet sixteen and bold as love,
the danger I've been dreaming of (2x)
Witchka!