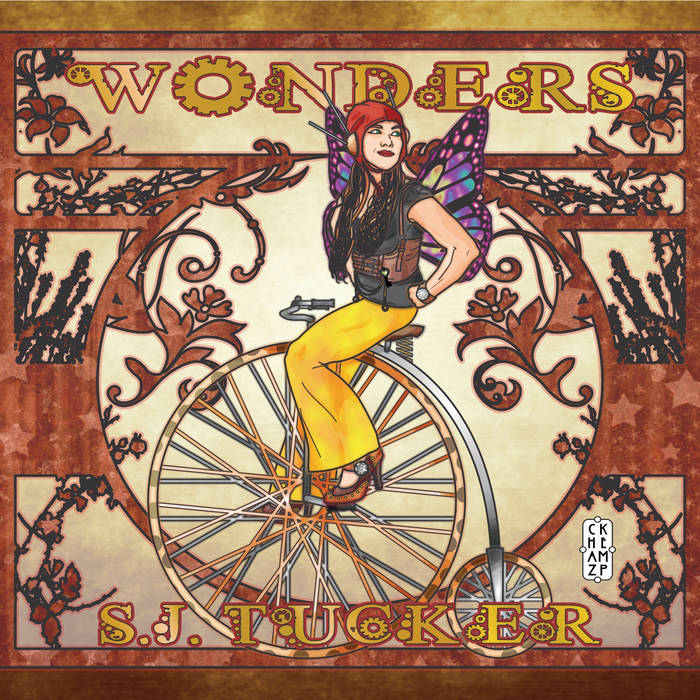 Pineapplecake I love Catherynne M. Valente, and this album is such a great tribute to the Fairyland books! Favorite track: Ask Me Anything.

TimTTT This is still my favorite SJ Album. I've never read the book that inspired this music, but I feel I know the story just from the music.

I promoted an SJ concert a few years ago & Wonders is the song she dedicated to me. I have to say, for better or worse it does fit me. Favorite track: Wonders.

Arwen Edmundson My daughter asks for this one all the time. Then, she makes me get up to dance with her! Favorite track: Ask Me Anything.

Laura Rodemich I was super-hyped when this album came out and pretty much loved every track on it the moment I started listening. The children at my work were actually starting to sing Glashtyn Shanty along with me! Favorite track: Glashtyn Shanty.

ashtarasilunar So many fantastic songs it's hard to choose a favorite! Glashtyn Shanty, Not the Villain, and For Iago are my favorites. Favorite track: Glashtyn Shanty.

Is it the Wonders that you're after?
S. J.'s October 2013 release is inspired, from start to finish, by Catherynne M. Valente's Fairyland novels! Get ready for a wild ride on the back of a big red Wyverary, or a Wild Velocipede, or a Glashtyn-powered ferry, across such majestic vistas as the Worsted Wood, the Barleybroom River, and the Perverse and Perilous Sea!

You may certainly listen to the album in order as presented here, but if you'd like to experience the songs in order of the things that inspired them in the book, listen to this alternate track list instead:

2. Song of the Witches

COMING SOON: looseleaf tea blends inspired by several of the Wonders captured here, courtesy of Dryad Tea! Click the website if you like a little cuppa with your songs: dryadtea.com

All lead vocals, guitars, bass, keys, production, mixing, songwriting, tracking, djembe, bodhran, flutes, whistles, other percussion, and drum loop programming by S. J. Tucker
Cello by Betsy Tinney
Bass backing vocals on "Ask Me Anything" by J. M. "Captain" Loyd
Fiddle & vocals on "Song of the Witches" by Alexander James Adams
Bodhran and backing harmonies on "Wonders" by Heather Dale
Backing vocals on "Glashtyn Shanty" by Alexander James Adams, Ryan Loyd, James Tinney, and Kevin K Wiley
Lyrics for "Little Skylark" by Catherynne M. Valente, from The Girl Who Circumnavigated Fairyland in a Ship of Her Own Making; used with permission and blessing. All other music & lyrics by S. J. Tucker
Many sound effects courtesy of the Freesound.org community: big thanks to users KVGarlic and LukeIRL